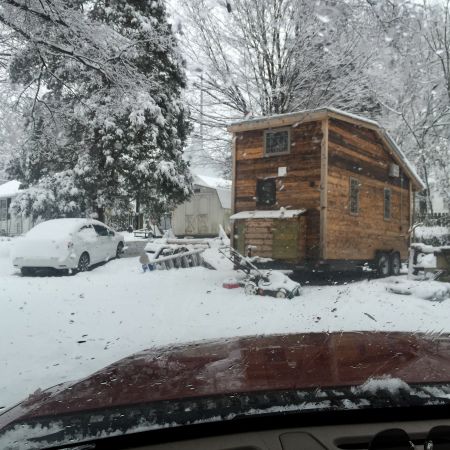 Snow on the Solar

Written by Drew Crawford on February 26, 2015. Posted in Tiny Living.

Even a little bit of shadow on a solar panel significantly degrades its ability to produce potential. Snow is no exception. I decided to capture a quick picture of the snow that built up overnight on the panels before removing the snow to get a little production today. I like the slow slide that must have started this morning as the temperature got above freezing. 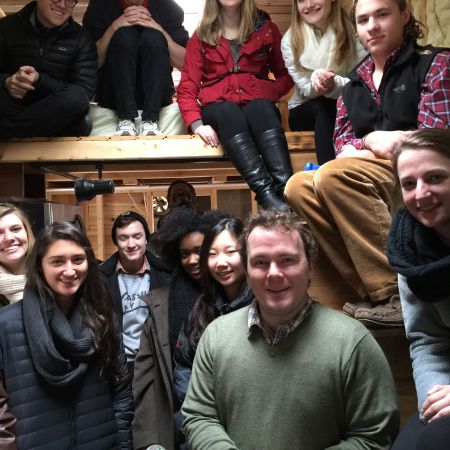 Written by Drew Crawford on February 26, 2015. Posted in Life at DIY Tiny.

Dr. Larry Ligo’s class visited last week. They asked great questions sparking a conversation about equity in housing as well as the mechanics of tiny houses. We had to do a penguin line up to the house due to the frozen over driveway. Melting, but not gone. 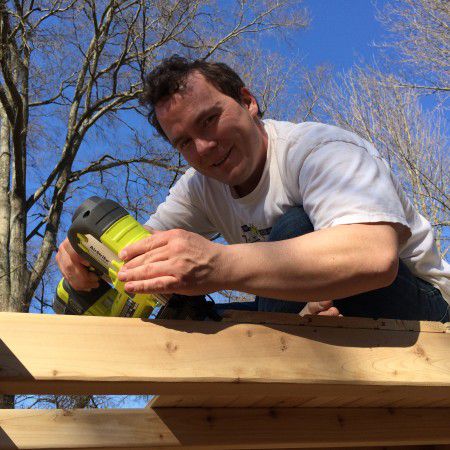 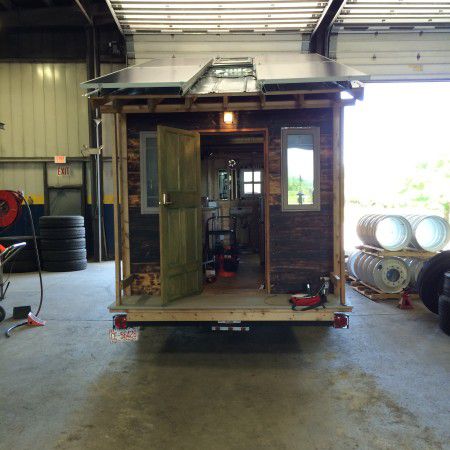 Written by Drew Crawford on June 20, 2014. Posted in Traveling with Tiny.

Sitting, unexpectedly, in Harrisburg, PA, I’m wondering about my decisions to carry (or not to carry as it turns out) a spare tire for the trailer. About 12:15 this morning (aka DARK) my right rear trailer tire blew. And I mean BOOM. I heard a pop, felt a lurch, and wobble, workable, wobble as I brought the trailer safely to a halt. Took a quick look and , sure enough, it was on the side where the Maine road construction had warn down the outside tire wall with pavement edge. See my other note about how much I love Maine DOT.

Turns out that AAA has different membership levels! I’ve always benefited from my father’s annual present of AAA membership at Christmas … but it doesn’t cover trailers. There is a membership level that covers RV trailers. Have to look into that when I get back. SO, I’m on my own. Rim is probably bent, so limp 2 miles to get it off the interstate. Dewater the dog and go to bed.

Morning! Goodyear commercial tire 2 miles south has what I need. Sweet! But where is the trick’s tire iron? Result — 5 mile trip to get $16 tire iron. No biggie. Now waiting at Goodyear for the wheel and tire. $135 isn’t terrible for a good trailer tire, but I’ll take two please to go ahead and deal with the second warn tire before I drive another 500 miles.

PS: I appear to be in horsey country. 5 folks came up this morning and asked about the house. All horsey people. 1 Motorcycle couple. 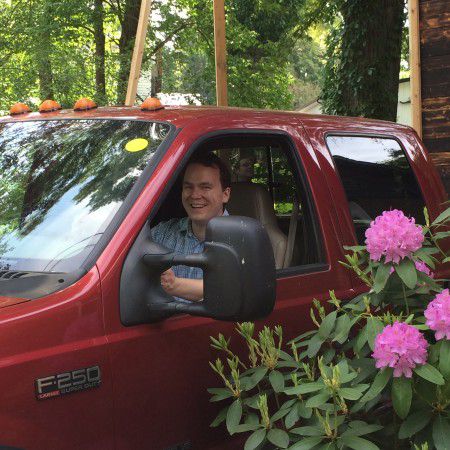 Written by Drew Crawford on June 9, 2014. Posted in Build Planning.

Finally have a little bit of down time to start this blog. SO many people has asked me and I have little to respond with other than, “I’m not a blogger.” But I do like to share ideas  So, here is today’s idea. Make yourself step away from whatever is in front of you. Then make up your mind what action you will take. Plan then act. Except when planning will keep you from acting. I’m a consultant, of course I prefer action to inaction.